On June 5, 2009, I had the pleasure of interviewing Dr. Phil Plait aka The Bad Astronomer live for my Geeky Pleasures show on Party934. We discussed a variety of topics from the Hubble Space Telescope and NASA to the antivaxx movement and homeopathy, plus a few other topics of interest to the both of us. A warning: I drop the “s” word a couple of times during the interview. So consider yourself warned. At the very end of the interview, Phil gave me some inside scoop about a couple of projects he is working on. You will only hear it here. The total runtime for the interview is 1hr 38min 23sec.

I want to apologize in advance for the editing of this broadcast. Phil sat down with me live last night and we took a couple of breaks to play some music. I had to edit out the music portion of the interview as it would be in violation of the station’s royalties contracts had I left the music in. After close to 12 hours of editing and technology failing over 20 times during the process, what you are hearing now is the best that is available at the moment. I wanted to make sure the broadcast was available as soon as possible for people to listen to and give feedback. Hopefully I will be able to find the time soon to clean it up a bit.

It was a real pleasure interviewing Phil. I had a lot of fun doing it and my impression was that he did as well. A couple little show notes:

I was very surprised how silent the listeners were as we discussed a couple of topics that have caused Phil to receive some heat on his own blog. We discussed these topics very frankly and openly. Considering the feedback he has received on his own blog regarding these topics, I was expecting some listeners to come out and put him to the fire while he was live on air and accepting questions. This did not happen. This leads me to conclude that people are much braver behind a computer typing out words than when they are given the opportunity to express those opinions live and in person.

You will notice during the interview, that I appear to be tongue tied, at a loss for words or do not complete my thought. There are a couple of reasons for that. The first reason is that when I do an interview, they are not scripted. I like the interview to have the feel of two friends sitting down to a cup of coffee and talking about subjects of mutual interest. Yes I have a general outline of what topics I would like to discuss, however I do not script out the questions and the person being interviewed does not know what questions I am going to ask. This allows for a more natural and organic conversation to occur. The second reason is almost 3 years ago, I suffered from a stroke. So whenever I am excited or passionate about something, my ability to communicate (both verbally and written) is one of the first things to be affected. And let me tell you, Phil gave me many reasons to be excited. Not only is he a very passionate speaker, he is extremely funny. 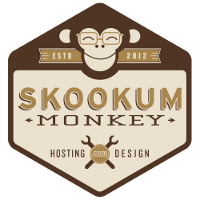 FIND US ON GOOGLE+